The Searchlight saga continued An editorial in the issue of January 1994, calls for ‘the investigation of nazi terror groups either to be put into the hands of a special police unit attached to the Police National Intelligence Bureau, or to be turned over to MI5 and MI6…. this proposal might astonish some of our readers. But it is clear that Special Branch’s head office in London had failed to comprehend the dangerous nature of groups like Combat 18 here and abroad, or even give recognition to what they are already doing. Instead of infiltrating their own officers into these groups to gather intelligence, they have poached a Searchlight informant on at last one occasion.’

In February it continued its absurd campaign against Larry O’Hara and anybody else who dares to challenge it. Alex Baron is described as ‘one of the most prolific distributors of anti-Jewish material…… ‘

This is simply not true.

Larry O’Hara was described as ‘at the centre of attempts to destabilise Searchlight‘s intelligence gathering capacity….. [and]…. appears to have the disruption of the anti-fascist movement in Britain and parts of western Europe as his goal.’ (p. 13)

What, all on his ownsome?
Yes, it’s the Revolutionary Conservatives….

One of the irritating things about the British left in general is the casual and generally inaccurate way the terms nazi, neo-nazi and fascist are chucked around. (This reached some kind of peak of absurdity in the Midwinter ’93 edition of Casablanca in which the Libertarian Alliance was described as ‘anarcho-fascist’!) It appears to be the central strategy of Searchlight to attach one of these labels to everyone they perceive to be right of the centre of the Tory Party. 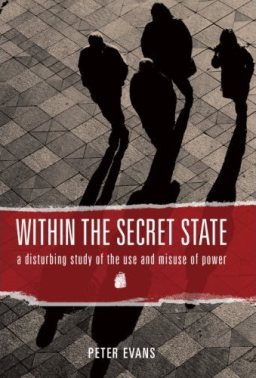 Lobster is edited and published twice a year by Robin Ramsay.